When I first began laying out printed circuit boards, giving estimates was reminiscent of the movie The Money Pit. The engineer or project manager would hand me a schematic (or netlist), and ask, “How long to do the layout for this?” My reply was invariably, “Two weeks!”

When they came back after two weeks and asked, “Is it done?” the answer, of course would always be “no.”

“Well, how long until you finish it?”

Unlike the movie, though, my reply was out of ignorance on how to estimate schematic capture and PCB layouts.

Indeed, I have been asked many times through the years how to estimate the amount of time it takes to do a board layout. There is no simple answer to this question. The algorithm and method I use have evolved over the years to what they are today.

When I first started doing PCB layouts, we used light tables and Bishop Graphics tape and “dots.” The company I worked for usually had large contracts, and the amount of time it took did not really factor in overall to the cost. As a result, the question “how long will it take?” was not that important, and was more of a scheduling issue.

My introduction to computer-aided design layout came when I transferred to a group that was using PCs to perform electronic capture of the schematic and then create the PCB layout on a computer using CAD software. The initial CAD was on a blazing IBM 6MHz AT computer, using some sort of bridge board that ran Unix software. The operating system and program resided on 16 5-1/4" floppy disks.

I well remember the computer going haywire and tech support telling me to “reload the OS.” This process took two or three hours of feeding one floppy after the other. I soon gave up on calling tech support, cutting out the middle man, and would reload the software when things went awry. This, of course, did not bode well with upper management, who expected a layout to be finished in a timely manner.

The group I’d transferred to created space flight computers and hardware. When they asked “how long will it take?” it was still a scheduling question, but the answer was more important because, if you did not finish the layout on time and give the engineers some hardware to populate and program, you might miss the flight into space on that rocket.

I also attribute this “get it right the first time” attitude to working in this section, as I was often told that if there were any issues with the PCB, I would be sent to fix them. In orbit. It was meant as a joke, but I got the point, and always strove to have an error-free layout. (There also was a contract and funding element, as management’s quote for the project was sufficient to do only one spin of the PCB.) 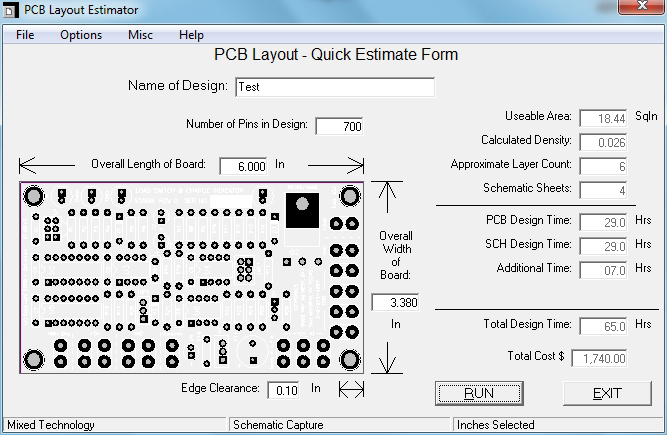 Figure 1. In the main form, a user enters the number of pins and the x and y dimensions.

The Myth of the Autorouter

In its efforts to cut down this “two weeks” turnaround time, I recall management thinking training would be helpful. The issue, however, was the instructors were also expected to help me complete a layout during the five-day training class. Anyone who has attended training for CAD software will attest five days are usually just enough time for instructors to conduct the training, with no time left for additional help. So when I came back from class, their question, “Did you finish the layout while in class?” was met with a “no.”

Eventually, management realized the CAD software we were using was barely able to keep up with demands, and we upgraded to a much larger CAD hardware/software package. This Unix-based software was awesome for what it did at the time, but I was still giving estimates of “two weeks.” The other issue was this CAD package also came with an autorouter I was expected to use, to shorten that two-week estimate to something like two days. After all, all I had to do was press a button, and the computer would do the rest, right?

Not quite. I remember using the autorouter on the layout of a very dense board. It had something like 12 layers for planes and traces. I remember getting it set up and pressing the autoroute button. It would take no fewer than 23 hours to run the course of route, rip-up, route, push-and-shove, etc. I could come back the next day, and the routing would be about 89% complete. That left me with whatever the autorouter could not complete. This was not too bad, other than the router did not conform to any grid I was using, and so any leftover routes required more work to complete than would have been needed had I done the routing myself. It also led to another unexpected “feature.” The engineers, now realizing I could autoroute the boards, would add changes to the schematic and design at the last minute. After all, I could now autoroute the board in 24 hours, right? CAD designer frustration ensued.

I left this company to work for a service bureau in a nearby city. The owner-manager of the company already had a spreadsheet on his computer that he would use to create an estimate, but I was interested in how to create this estimate separately. The question was compounded by the addition of us also creating the schematic for some clients.

Somewhere along the way, I snagged a set of service bureau forms, which had distilled the estimation to a fill-in-the-blank process. I copied these forms many times and used them initially to assist my layout estimates. I could not understand the algorithms used, however, as they did not seem to be a linear estimation of time. Starting with the number of pins and the board size, it was determined how long in hours (or days) it would take to create the layout. The time varied based on density. There were also upcharges for expediting the layout.

I would sit at a local coffee shop in the mornings working through the numbers, trying to decipher the process for estimating layouts. Then one day it made sense. The algorithm took into account factors beyond the number of pins and board size. It took into account the amount of time every job has for setup and processing (or housekeeping). Once I figured this out, I set about to create my own algorithm based on my own capabilities.

My first attempt resulted in a set of forms similar to the service bureau forms I’d “borrowed.” It was a two-page set of forms where the prospective client (or me) would fill in the numbers, generating a layout estimate result in hours (or days). I used this set of forms, but soon realized there was a repetitive nature to the calculations that was best-suited to an automated process (read: computers). I also realized the solution needed to be portable, so if I were at the client’s office, I could still access this information to create an estimate. 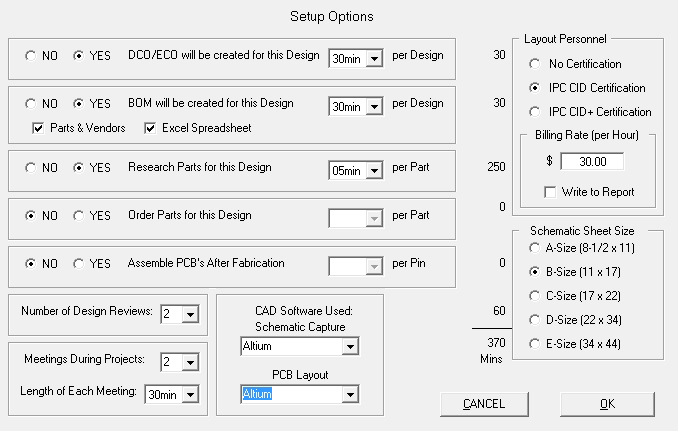 Figure 2. At the setup screen, options such as schematic size are input.

With this in mind, I started using a state-of-the-art TI-68 calculator that could be programmed, much like a modern-day computer. It allowed one to create semi-complex equations like Alpha = B + C. Beta = D + E. Gamma = alpha + beta.

I spent time getting my algorithm programmed into this calculator, and then exercised it with example inputs from my past (and present) layout experiences. In the process, I also refined the algorithm based on the results I was getting. I was tweaking it for the two extremes, like the extremely complex layout that actually would take more than “two weeks,” and the extremely simple design that should only take a couple days. This is where many spreadsheet estimators fall short on accuracy.

After using my calculator for a while, the Internet began to take off, and people were creating websites. I realized it would be handy to have my estimation algorithms accessible from almost anywhere in the world where I had access to the Internet, so I revised it using html to create an interactive website. This was an awesome experience, and also showed me it was possible to programmatically set up my algorithm on a computer.

By this time, I was learning to program in C and also Visual Basic. It occurred to me the algorithm lent itself well to a Visual Basic program. I set about to create this application in a program that was “visual,” and allowed the user to input the required variables to get a resulting estimate.

I was also tweaking the algorithm to take into account other things that go into an estimate, like project meetings, design reviews, parts research and creating a bill of materials (BoM). These impact a design. Another feature I added allowed for various types of designs (surface mount, through-hole or mixed technology), and whether the design was new, rework or a ReGen (or data recovery) in nature. These all affect the outcome of the estimate.

The estimates generated assume manual routing of the PCB. It has been determined that even if an autorouter is used (and there are always exceptions to this), cleanup and finishing of the autorouted layout often take as long as a manually routed design, especially since the designer may execute three or four autoroute iterations until they get the desired results.

The calculations are meant for the designer who has their process under control. That is, they know the steps involved to create a layout with no surprises. But even if the engineer makes a change midway through layout, the estimate drops to an “hour-by-hour” estimate, until the new netlist has been imported and the layout is back to the point where it left off.

At this point, the balance of the estimate kicks in. This can be stipulated upfront. Engineers usually accept this as a valid condition, as they still have something to plug in their project planning software, which usually has a column for project slippage when estimating time.

One last feature I added allows the designer to increase the estimates by percentages from 10 to 50%. This feature is for those occasions when perhaps the designer is using a CAD system they are not completely familiar with; the odd design that is more complex than normal; or the designer is a novice.

Although I had been testing the results, once I completed programming, I needed independent verification of the quotes. I posted online in a CAD forum that I frequented, and received responses from several members. One individual used a spreadsheet and entered copious information on each part used in the design, which took many hours to get an estimate. I ran his information (number of pins, x and y dimensions) on my program. His response was that my program created an estimate in a few minutes that was comparable to his estimate that took him hours to generate. Another individual gave me input on a recently completed design they had kept time on. Their response was that my estimate was very near to the actual time it had taken to do the design.

While my program is not 100% accurate, I have found through years of using it that I can estimate layouts to within 10% of the actual time it takes to do a design.

James Jackson, CID, is president at Oztronics (oztronics.biz), a design service bureau; This email address is being protected from spambots. You need JavaScript enabled to view it..