If You Want to Know the Future of CAD, Look to the Past

That was one of the big takeaways from the keynote address at PCB West in mid-September, in which Wally Rhines traced the evolution of the CAD industry. In doing so, the veteran CEO of Mentor also offered a glimpse of where the future might be for ECAD and, by extension, those who use the tools.

In an often-humorous and occasionally poignant hour-long presentation, Rhines recalled the highs and lows of the major PCB CAD firms past and present, and lessons learned – and often forgotten. Rhines was in a good position to narrate the timeline: He has been the top executive of Mentor since 1993, longer than any other leader in the ECAD space.

In his talk, Rhines also sounded some personal notes. For instance, he recalled working as a semiconductor engineer for Texas Instruments in Texas, where he met a fellow engineer from Digital Equipment. On their first date, he asked if he could see her Pascal compiler. (They’ve now been married for more than 40 years.) 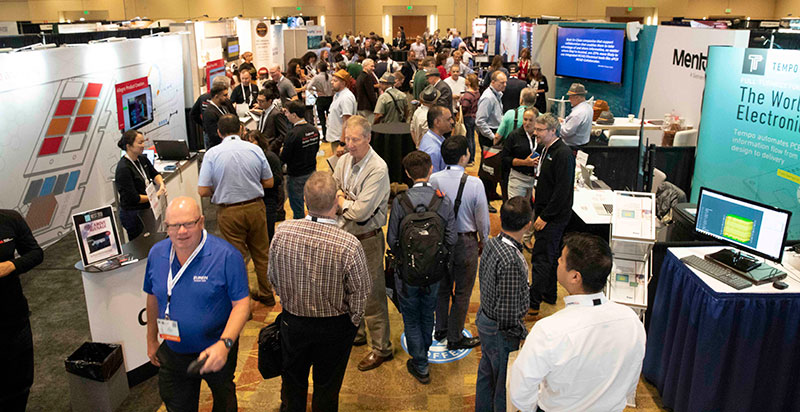 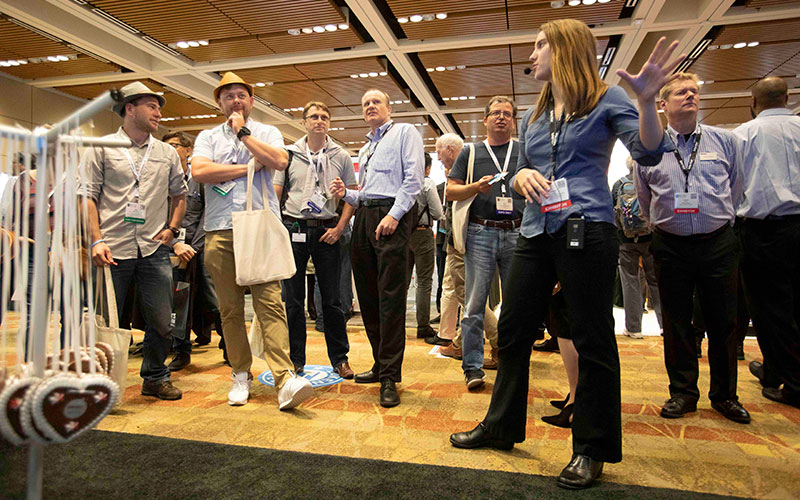 … With visitors engaged in the new products from over 100 suppliers.

Throughout its five-decade history, the CAD industry has been characterized by the large swallowing the small, often with disastrous results. GE Calma was a case study in how a large company can acquire a small company and inadvertently destroy it.  Back in the day, Calma was one of the major CAD tool providers, having devised a way to digitize circuit design, which to that point had been primarily performed by manual tracing. The acquisition by a large company killed it in a matter of months, Rhines said.

Rhines noted how rival Cadence not once but twice almost put it out of business. Early on, Mentor used a router developed by Cooper & Chyan Technology. Some 85% of CCT’s revenue came via Mentor, which incorporated the CCT router into its tool set. CCT decided to sell. After Mentor turned down the $60 million asking price, Cadence bought the company for $480 million. It then quickly terminated the OEM agreement with Mentor.

Faced with the equivalent of competing in a Formula 1 race in a car without an engine, Mentor called Intergraph, which at the time owned the money-losing VeriBest autorouter. It took Rhines all of six days to close the deal, which cost less than $20 million – a fraction of the Cadence-CCT merger – and allowed Mentor to leapfrog into the technology lead.

“Then Mentor repeated the Cadence mistake by buying Innoveda,” Rhines laughed. “The lessons seem to repeat themselves, but no one seems to learn.”

(Ironically, in 2008, Cadence attempted a hostile takeover of Mentor to the tune of $1.5 billion, but Mentor rejected the bid, and later the suitor’s own shaky finances torpedoed the attempt.) 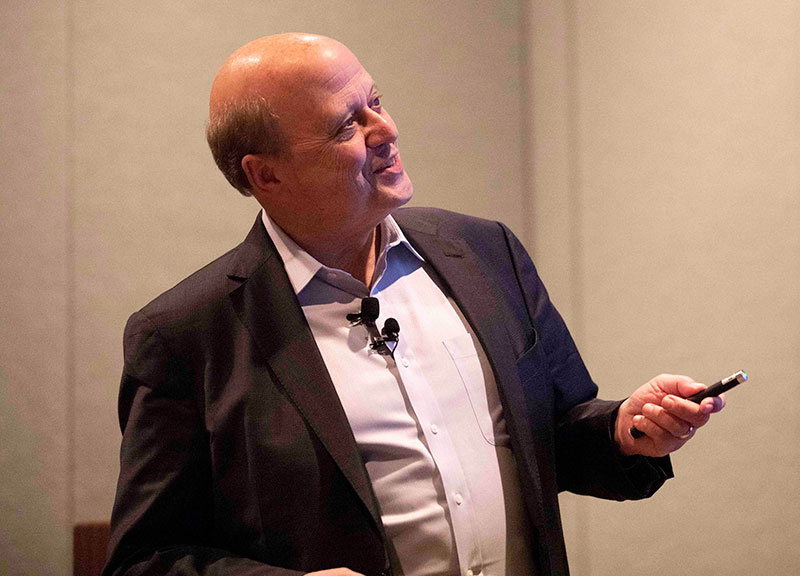 Keynoter Wally Rhines drew ties between EDA’s past and present.

As mergers among the CAD vendors accelerated and consolidation took place, the market converged into three major players: Cadence, Mentor and Zuken.

Ancillary tools for thermal analysis, signal integrity and other technologies began to pop up. Then their developers would sell to one of the big three. PCB software became more technologically capable. By 1993, Rhines said, “it was clear MCAD and ECAD would converge … and it hasn’t really happened.”

While the finances of the PCB CAD vendors ebbed and flowed, sometimes due to economy, sometimes for more self-inflicted reasons (Rhines joked about Mentor’s 8.0 tool, which in the five years it took between the initial announcement and its actual release was sometimes referred to as “Mentor Late.Dot.Slow”), the major players have relied on wire harness, automotive and related systems design tools to extend their reach and support their revenue goals. Siemens’ acquisition of Mentor, he said, establishes a full silicon to PCB design to assembly process to end-product modeling and virtual verification flow under one roof. The result was a record year for Mentor in 2017, and in a nod to the past, the firm is increasing its M&A activity to its fastest pace since 2002.

For EDA, is past prologue? After more than two decades in software, Rhines seems to believe it is.

Bustling show. The keynote was but one highlight of the bustling show in Santa Clara. Attendance was roughly 1,800 design engineers, board designers, fabricators and assemblers for the one-day exhibition, and sessions on controlling signal noise, printed electronics and avoiding manufacturing defects were heavily attended.

Several new product announcements were made from some of the more than 100 vendors exhibiting. Among them:

One well-received session was a panel on the future of the design engineer. Moderated by Phil Marcoux, one of the first engineers to introduce SMT assembly to the US, the session sought to consider whether the “graying” of the industry was indeed occurring and, if so, the recruiting and management techniques needed to attract – and keep – millennials. Panelists included representatives from Silicon Valley area universities, junior colleges, high schools, and businesses. Contrary to popular wisdom, they reported extensive programs around the Bay Area focused on design engineering at all levels. Many audience members also indicated internal company support for high school or college-level interns, suggesting placement is available for students who want a career in electronics. The big question, according to the panelists, is when is the right time to approach the next generation about a possible future in the industry?

In support of fostering interest in careers in design engineering, PCD&F announced the Student Design Competition, a new program aimed at secondary or college students, with support from the major EDA companies and key US-based fabricators.