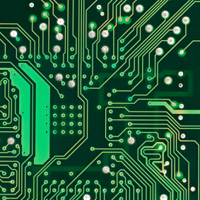 SEATTLE – Simberian Inc., a developer of electromagnetic software for high-speed and high frequency electronic design automation, announced an agreement with Mentor Graphics to partner in the OpenDoorT program. This agreement enables closer engineering and marketing cooperation between the two companies.

Ansoft Recognized As a Top Hot Growth Company by BusinessWeek

"Convergence is more than just a wonky buzz word at Ansoft. It's the engine of this Pittsburgh software maker's growth," writes BusinessWeek. "Ansoft rode the wave of the tech boom and now sees a new spurt of growth as devices get smaller and more complex." The top 25 Hot Growth companies "are among the most innovative and nimble players around," according to the magazine. "They're determined to be faster, and better, than the next guy."

After analyzing data from 10,000 public companies with revenues of $50 million to $1.5 billion a year, BusinessWeek selected the top 100 finalists whose sales, earnings and return on capital grew the fastest over three years.

“The business momentum of 2006 has continued into 2007,” said Walden C. Rhines, chairman and CEO of Mentor Graphics. “Stronger industry conditions, combined with company specific strengths, like our new Veloce emulator and automotive products, should continue to drive positive results in 2007.”


“The first quarter was strong despite a lack of significant lease renewal activity,” said Gregory K. Hinckley, president of Mentor Graphics. “New customer accounts were up sharply in the first quarter, which we see as a bullish sign. This, combined with a strong renewal outlook for the second half of the year, gives us increased confidence in our outlook.”

PITTSBURGH – Ansoft Corp. for the second consecutive year has been named to Business 2.0 magazine's annual list of the 100 Fastest-Growing Technology Companies.
Read more ...

UP Media Group Announces Dates and Location for PCB East 2008

SMYRNA, GA – UP Media Group Inc. (UPMG) is pleased to announce that PCB Design Conference East 2008 will be held on May 11-16, 2008, at the Holiday Inn Select & Convention Center in Tinley Park, IL. The hotel is conveniently located southwest of downtown Chicago just off Interstate 80 and only 29 miles from O’Hare International Airport.
Read more ...