A New Covid Surge in Taiwan?

Taiwan is the benchmark for controlling the spread of Covid-19 and minimizing the infection rate throughout the country with very few deaths.

The electronics industry in Taiwan grew throughout the pandemic. Unfortunately, over the past few weeks an increase in cases was reported. The numbers are still small but growing, and Taiwan is scrambling to secure enough vaccines for its population. 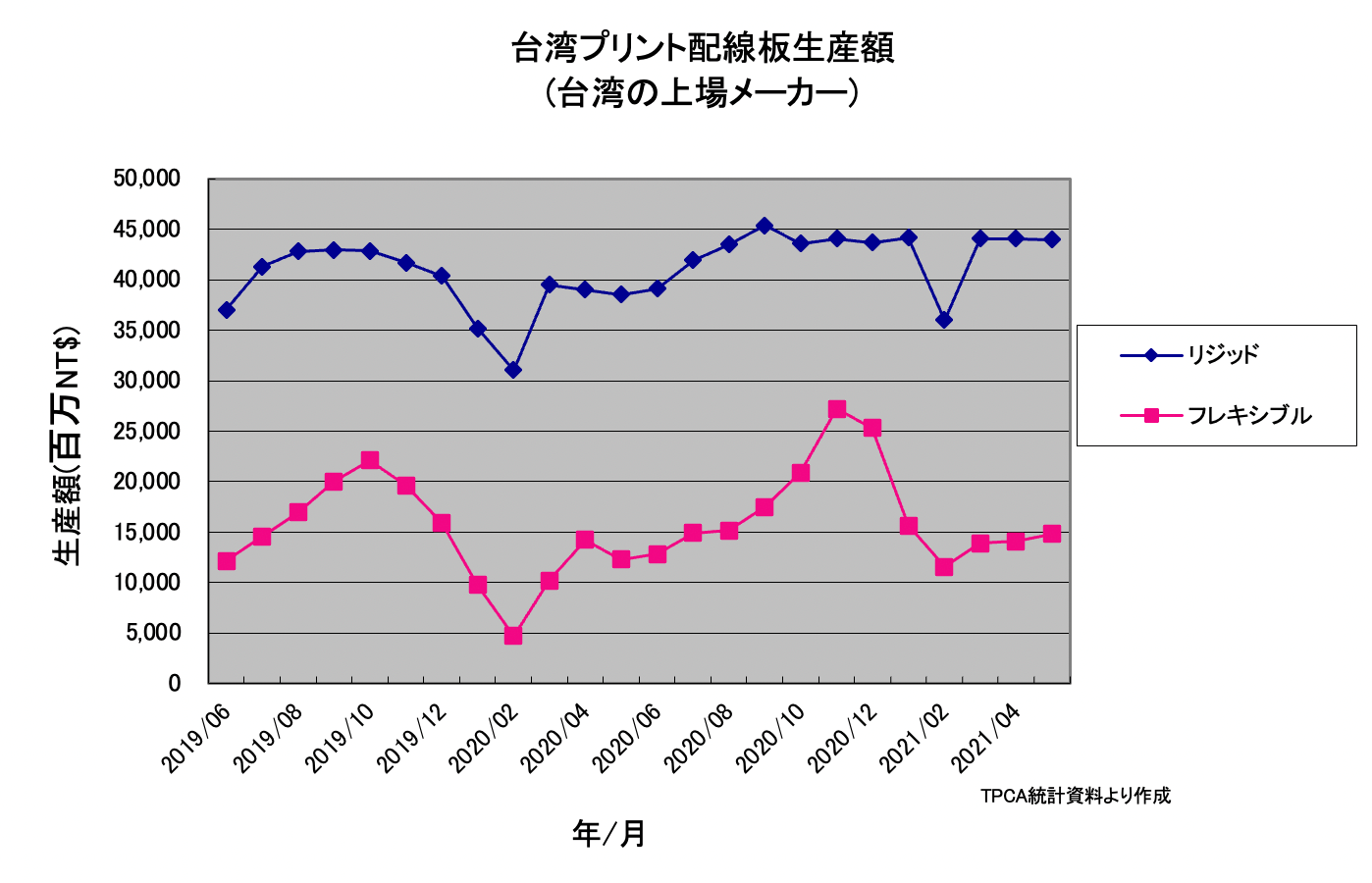 Rigid circuit board shipments remained flat over the last 10 months with an exception during February (seasonal drop due to the lunar vacation.) The PCB manufacturers are concerned with a bottle neck in the material supply chain that is affecting production capacities. If the supply line replenishment smooths out, more circuit boards will ship. Most manufacturers are very confident with their projections because of strong demand for notebook and tablet PCs.

It’s no secret – there is a semiconductor shortage throughout the world, and is hitting the automobile industry the hardest. Many automobile manufacturers temporarily reduced or stopped production. Figure 2 shows the global shipment of the semiconductors. China leads the way but other Asian countries are posting strong results over the last 10 months (Taiwan is one of the major contributors). Demand outweighs supply by a long shot; this imbalance will remain for the next few quarters. The Taiwanese semiconductor manufacturers will enjoy business feast for a while! 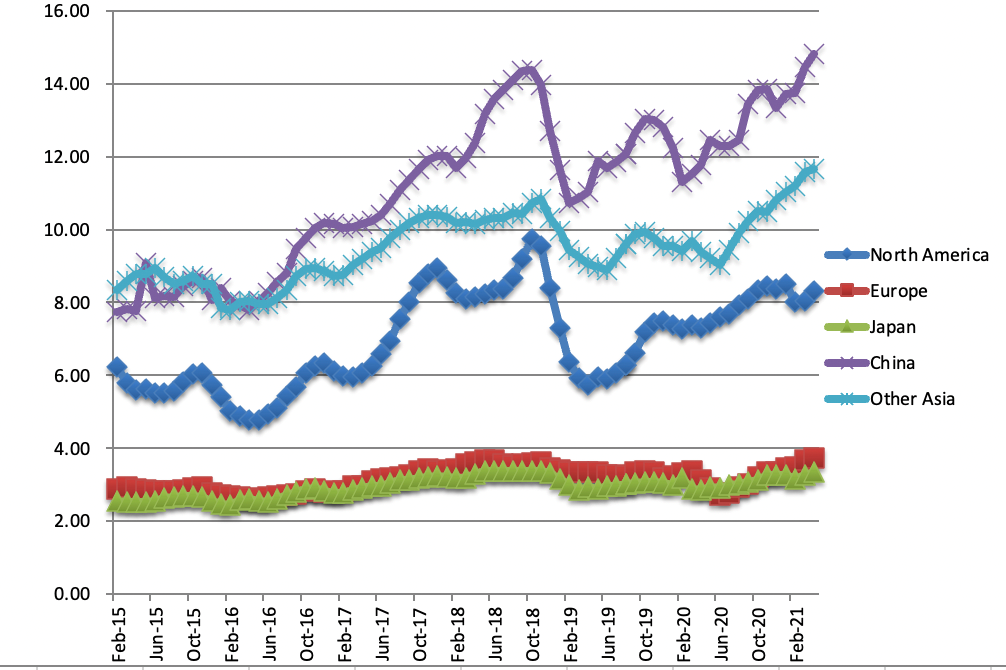 The only fly in the ointment for Taiwan and other Asian countries is the increase in Covid-19 cases. This should take care of itself within a couple of months with the supply of Vvccines earmarked for most of these countries. I am confident the pandemic with be behind us and business will continue to grow.

6. Renesas Electronics (Major semiconductor manufacturer in Japan) said the facility of Building #3 at its Naka Plant is 100% recovered from the fire in March. Production has started. 100% operation will be by the end of July.

9. Toshiba Device & Storage (Device manufacturer in Japan) demonstrated a new connection system for prototype modules of IT systems. It does not need soldering..

10. Tohoku University (Japan) codeveloped a method to analyze the chemical process of de-oxidation in the cathodes of lithium-ion batteries. The method is applicable for various secondary batteries.