Accel enters the business as a distributor of Tango schematic and board layout tools. 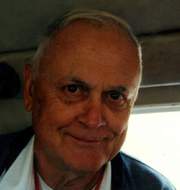 SMT ramps faster than expected. Learning how to design for SMT and high-speed design are major issues for the industry. There are roughly 25 or so CAD/CAM/CAE vendors.

Designs are being created with several methods: hand taping, mini-computers, CAD workstations and PCs. However, the CAD market is reaching a new maturity level and people realize that it is here to stay and will be the method of the future.

Calay Systems acquired by AGIV, of, at the time, West Germany.