He will replace Dr. Marc Benowitz, who has served as iNEMI’s CEO since January 2018.

He began his career as a member of technical staff at AT&T Bell Labs and held several management positions with Bell Labs/Lucent Technologies/Alcatel-Lucent, where his responsibilities spanned supply chain and network solutions. He was a key contributor in creating Lucent Technologies’ footprint for Global Engineering Centers, and optimized supply chain and operations for 20 business divisions in 40 countries. Shekhar holds a Ph.D. in Mechanical Engineering from Concordia University in Montreal, Canada.

Chandrashekhar will start Mar. 8 as CEO and Benowitz will continue to work with iNEMI as an executive advisor through June of this year.

“The iNEMI Board began our search for a new CEO last year when Marc announced his intent to retire in 2021,” says Mostafa Aghazadeh, chairman of the iNEMI Board of Directors and corporate vice president at Intel Corporation. “We interviewed several very qualified candidates and determined Shekhar was the best fit for the role. His expertise in electronics manufacturing, especially smart manufacturing, and his experience in working within consortia and associations make him uniquely qualified.”

“On behalf of the board members, iNEMI staff, and the entire iNEMI membership, I want to thank Marc for his many years of service to iNEMI, first as a member of the board, of which he became chairman, and most recently as iNEMI’s CEO,” said Agazadeh. “His leadership has been invaluable in strengthening iNEMI’s operation and execution, and increasing the consortium’s contributions and relevance to our members and the industry at large.” 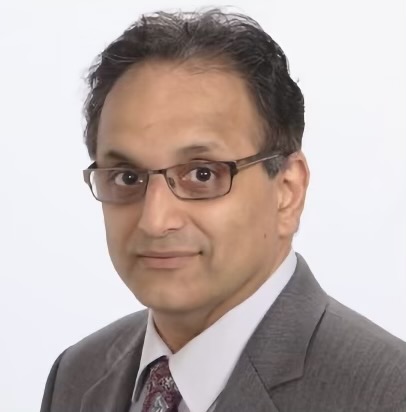 “I am thrilled to pass on the leadership of iNEMI to Shekhar. He brings a wealth of skills that make him the right person at the right time to take iNEMI to new levels. I am confident that he and the iNEMI board, membership and staff will work well together,” says Benowitz. “I look forward to supporting Shekhar and the board to ensure a smooth transition over the next several months. I also want to thank the iNEMI board, membership and staff for giving me the opportunity to lead the organization over the past three-plus years. It has truly been a rewarding experience and you are all a testament to what collaboration is about, and most importantly, what can be achieved. I will cherish this second chapter in my career.”

“I am honored to be selected by the board to lead iNEMI and architect its future,” said Chandrashekhar. “To quote professional soccer player Mia Hamm, ‘I am a member of a team, and I rely on the team, I defer to it and sacrifice for it, because the team, not the individual, is the ultimate champion.’ I believe the future of iNEMI will be driven by collaboration and cooperation among the board, staff and our members. Marc has established a great culture of collaboration and cooperation that we will build on to help iNEMI deliver continued value to its membership and the ecosystem at large. I want to thank Marc for his leadership and guidance during the transition. I am excited to join the iNEMI family.”