Next-gen chips will be powered from below. As transistors continue to be made thinner, the interconnects that supply them with current must be packed closer, which increases resistance and power. In processors, both signals and power reach the silicon from above. Arm researchers have developed a technology that separates those functions, saving power and making more room for signal routes. The signals travel along the copper traces of a PCB into a package that holds the SoC, through the solder balls that connect the chip to the package, and then via on-chip interconnects to the transistors. These interconnects are formed in layers called a stack. It can take a 10- to 20-layer stack to deliver power and data to the billions of transistors on today’s chips. (IEEC file #12450, IEEE Spectrum, 9/2/21) 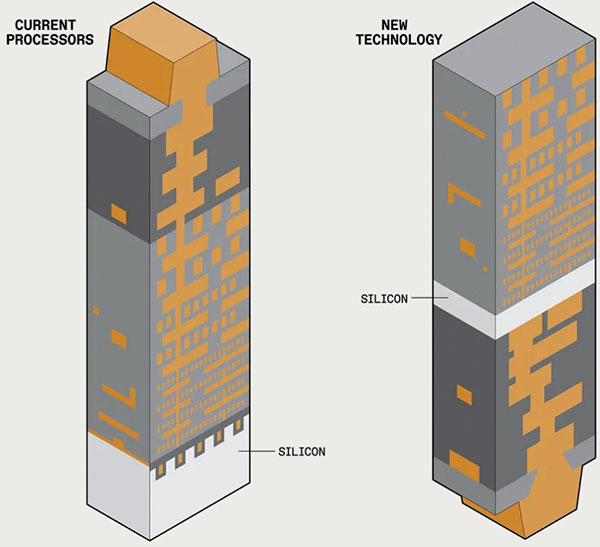 Using liquid metal to turn motion into electricity, even underwater. North Carolina State University researchers have created a soft, stretchable device that converts movement into electricity and works in dry and wet environments. The heart of this energy harvester is a liquid metal alloy of gallium and indium. The alloy is encased in a hydrogel with the water containing dissolved salts (ions). The ions assemble at the surface of the metal, which induces a charge in the metal. Increasing the area of the metal provides more surface to attract a charge. This generates electricity, which is captured by a wire attached to the device. Researchers found that deforming the device by only a few millimeters generates a power density of approximately 0.5 mW/m-2, comparable to popular classes of energy harvesting technologies. (IEEC file #12449, Science Daily, 8/28/21)

Precision 2-D patterns could lead to next-generation electronics. Technical University of Denmark researchers have taken the art of patterning nanomaterials to the next level. This precise patterning of two-dimensional (2-D) materials offers a novel route to next-generation computation and storage, which can deliver better performance and much lower power consumption. One of the most significant recent discoveries within physics and material technology is 2-D materials such as graphene. Graphene is stronger, smoother, lighter and better at conducting heat and electricity than any other known material. But perhaps the most distinct feature of 2-D materials is their programmability. The properties of these materials can be dramatically changed by creating delicate patterns in them. (IEEC file #12492, Materials Today, 9/24/21) 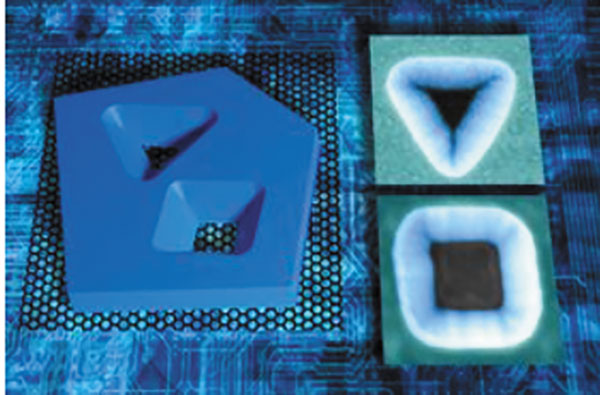 Researchers develop woven lithium-ion batteries. Fudan University researchers have developed high-performing woven lithium-ion fiber batteries that can be woven into textiles and other materials. While such fiber batteries have been produced previously, it was thought that this type of battery internal resistance is too great to be used as a practical power source. The team showed the resistance of such fibers is not linear and instead follows a hyperbolic cotangent function relationship, meaning the internal resistance of such batteries levels off as battery length increases. The battery fibers have an energy density of 85.69WHr/kg, which is significantly higher than standard fiber batteries. The fibers are constructed by depositing lithium manganate particles onto carbon nanotubes, separated from a silicone-coated carbon nanotube sheet via a gel electrolyte. (IEEC file #12451, Electropages, 9/2/21)

Add the speed of GaN to the thermal conductivity of diamond. Osaka City University researchers have bonded gallium nitride to a diamond substrate at room temperature and demonstrated the bond can withstand heat treatments of 1,000°C, making it ideal for the high-temperature fabrication process of GaN-based devices. Attempts have been made to create a GaN-on-diamond, using some form of transition or adhesion layer, but the additional layer interfered with thermal conductivity. High-temperature (500°C) direct wafer bonding was a possibility, but thermal mismatch cracked the bonded result. The answer was “surface-activated bonding” (SAB) atomically cleaning and activating the surfaces so they react when brought into contact with each other. This technique is a route to high-performance power semiconductors. (IEEC file #12457, Electronics Weekly, 9/9/21) 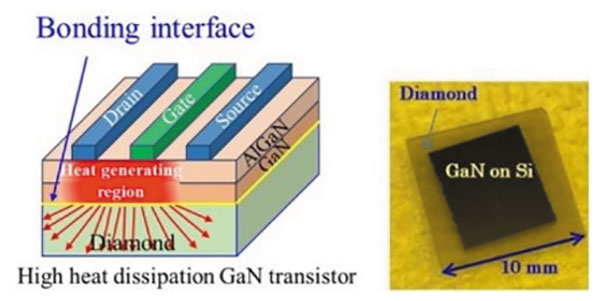 New optical “transistor” to speed computation up to 1,000 times, at lowest switching energy possible. Skoltech and IBM researchers have created an extremely energy-efficient optical switch that could replace electronic transistors in a new generation of computers manipulating photons rather than electrons. In addition to direct power saving, the switch requires no cooling and is really fast. At 1 trillion operations per second, it is between 100 and 1,000 times faster than today’s top-notch commercial transistors. The new switch conveniently works at room temperature and therefore circumvents all these problems. The switch could act as a component that links devices by shuttling data between them in the form of optical signals. It can also serve as an amplifier, boosting the intensity of an incoming laser beam by a factor of up to 23,000. (IEEC file #12479, Semiconductor Digest, 9/22/21)

Technology for downscaling transistors could advance semiconductor design. Purdue University researchers have developed “Cascade Field Effect Transistor” (CasFET) technology, which could help design transistors that are smaller, use less power and switch from on to off at smaller applied voltages. Hence, this could lead to better and more powerful central processing unit generations, which can compute more operations with less energy. The key aspect is the superlattice perpendicular to the transistor’s transport direction, which permits switchable cascade states. CasFET does not require band-to-band tunneling, so designers are able to develop faster-switching and more energy-efficient transistors. (IEEC file #12472, Semiconductor Digest, 9/20/21) 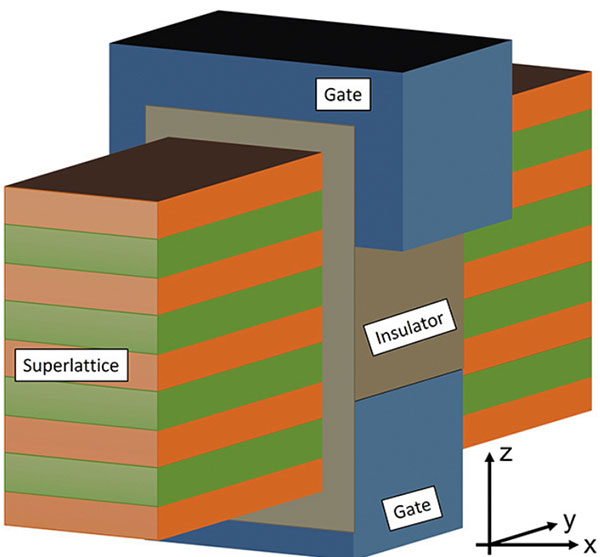 Compact amplifier could revolutionize optical communication. Chalmers University researchers have developed a unique optical amplifier expected to revolutionize both space and fiber communication. The new amplifier offers high performance and is compact enough to integrate into a chip millimeters in size and does not generate excess noise. The new amplifiers offer a level of performance high enough that they can be placed more sparingly, making them a more cost-effective option. They work in a continuous wave (CW) operation rather than only a pulsed operation. The technology is useful in a range of applications, such as space communication and in fiberoptic cables. (IEEC file #12475, Science Daily, 9/21/21)

Higher signal processing possible by ultra-strong squeezing of light. Singapore University of Technology researchers have developed a temporal compression system that demonstrates the ability to squeeze light in time by a 11-fold compression of light in time could prompt a crucial paradigm for light generation in advanced metrology, imaging, and high-speed optical communications. The system permits an equivalent increase in the number of bits transmitted by light in a fiberoptic network. It provides orders-of-magnitudes smaller footprint than existing benchtop com used for generating short pulses in ultrafast optical signal processing. The two-stage design features a dispersive element and nonlinear component integrated on the same chip providing high compression. (IEEC file #12477, Laser Focus World, 9/22/21) 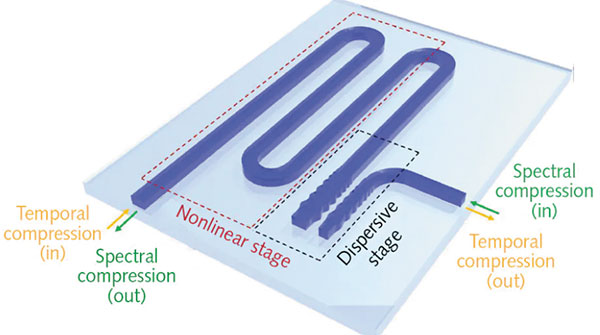 3-D nano-inks push industry boundaries. Michigan Technological University researchers have created a way to make a 3D-printable nanocomposite polymeric ink that uses carbon nanotubes (CNTs). This revolutionary ink could replace epoxies in additive manufacturing and is more versatile and efficient than casting. Adding low-dimensional nanomaterials such as CNTs, graphene, metal nanoparticles and quantum dots permits 3-D-printed materials to adapt to external stimuli, giving them features such as electrical and thermal conductance, magnetism, and electrochemical storage. What they have done differently is use polymer nanocomposites and a printing process that doesn’t sacrifice functionality. (IEEC file #12486, Science Daily, 9/24/21)

Integrated electronics trends to drive IME market to $1.5 billion by 2032. In-mold electronics (IME) enables electronic functionality to be embedded within molded and thermoformed plastic components. With the integration of capacitive touch, lighting, and even haptics, along with size and weight reductions of up to 70%, IME is an efficient approach to making curved touch-sensitive interfaces. IDTechEx forecasts IME to be a $1.5 billion market by 2032, with applications mainly within the automotive and consumer sectors. Greater integration of electronics within 3D structures is an ever-increasing trend, representing a more sophisticated solution compared to the current approach of encasing rigid PCBs. IME facilitates this trend by enabling multiple integrated functionalities to be incorporated into components with thermoformed 3-D surfaces. (IEEC file #12484, Printed Electronics World, 9/22/21)

Holographic windscreen enables in-car head-up display. WayRay has developed an automotive heads-up augmented reality display that uses a large part of the windscreen, and positions virtual objects at different apparent distances. It turns the entire windshield into a virtual world where information about the vehicle, navigation, infotainment, and the surroundings can be shown while blending with the real world. Its red-green-blue lasers are mounted remotely and connected by optical fiber to a “picture-generating unit” from which light travels in free space to the windscreen. Inside the windscreen are functional layers including a holographic polymer film. The concept is to display different types of information at different apparent depths, from dashboard-type data in the near-field, to the vehicle’s ADAS-proposed travel path stretching into the far distance, highlighting real objects of interest seen through the windscreen. (IEEC file #12461, Electronics Weekly, 9/7/21) 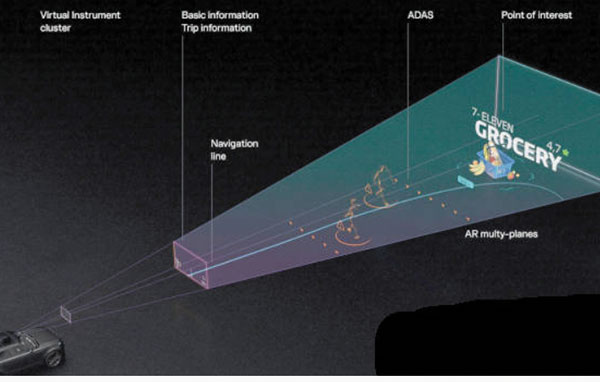 Solar cells with 30-year lifetimes for power-generating windows. University of Michigan researchers have developed a transparency-friendly solar cell design that could marry high efficiencies with 30-year estimated lifetimes, which may pave the way for windows that also provide solar power. These devices, used on windows, turn a building into a power plant. While silicon remains king for solar panel efficiency, it isn’t transparent. For window-friendly solar panels, researchers have been exploring organic materials. These materials are known generally as “non-fullerene acceptors” to set them apart from the more robust but less efficient “fullerene acceptors” made of nanoscale carbon mesh. The team has already increased the transparency of the module to 40%, and they believe they can approach 60%. (IEEC file #12468, Science Daily, 9/14/21) 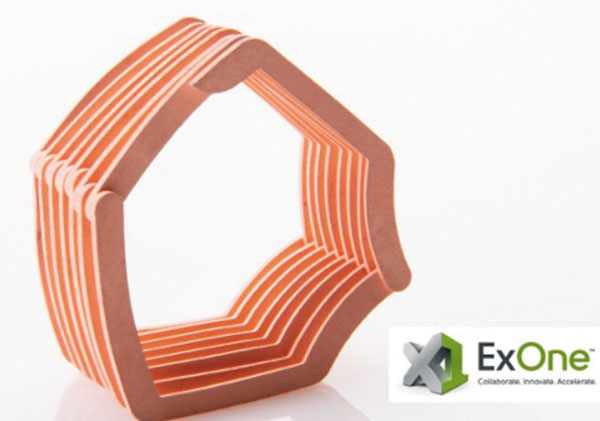 Market for fully printed sensors will reach $4.9 billion by 2032. Printed and flexible sensors constitute the largest printed electronics market outside of displays, and the market for fully printed sensors will reach $4.9 billion by 2032. This growth is despite the sustained displacement of its largest market: printed glucose test strips. Market growth of the overall category is enabled by the rise of many new applications. Printed sensors span a diverse range of technologies and applications, ranging from image sensors to wearable electrodes. Each sensor category seeks to offer a distinctive value proposition over the incumbent technology, with distinct technological and commercial challenges on route to widespread adoption. Most important is the increasing adoption of IoT and Industry 4.0 because they will require extensive networks of often wirelessly connected low-cost and unobtrusive sensors. (IEEC file #12482, Printed Electronics World, 9/15/21)

Intelligent robots pick, prune in the peach orchard. Georgia farmers produce 130 million pounds of peaches every year. Workers around the orchard are tasked with pruning, thinning, and picking. Georgia Tech Research Institute researchers are testing a new idea to have a robot do all three. They developed an intelligent robot using AI and sophisticated navigation to handle the tasks of removing branches, finding good peaches, and removing them from a tree. The robot uses both LIDAR and GPS to self-navigate through the orchard. The LIDAR system determines distances by targeting an object with a laser and measuring the laser beam’s return time, while the GPS measures locations. (IEEC file #12483, NASA Tech Briefs, 9/21/21) 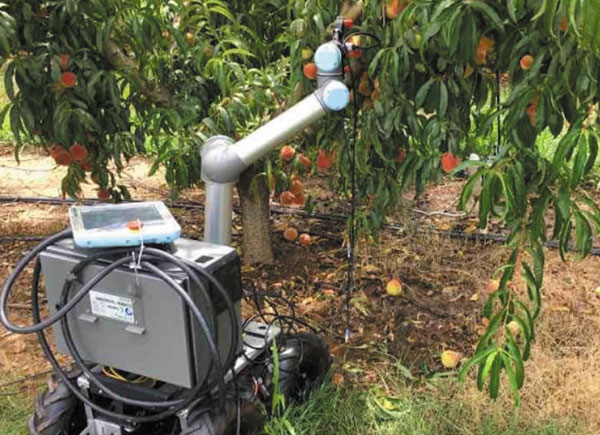 Printed circuit board assemblies with engineered thermal paths (assignee: Anaren Inc.) patent. no. 20210243880. A printed circuit board (PCB) having an engineered thermal path and a method of manufacturing are disclosed. In one aspect, the PCB includes complementary cavities formed on opposite sides of the PCB. The complementary cavities are in a thermal communication and/or an electrical communication to form the engineered thermal path, and each cavity is filled with a thermally conductive material to provide a thermal pathway for circuits and components of the PCB. The method of manufacturing may further include drilling and/or milling each cavity and filling the cavities.

Gary Miller is technology analyst at IEEC, Binghamton University. He has over 40 years’ experience in electronic packaging. He previously was the chief mechanical engineer at Lockheed Martin; This email address is being protected from spambots. You need JavaScript enabled to view it..