AR/VR: The New Interfaces of Humans

There’s nothing pretend about the demand for virtual reality devices.

The emergence of mobile phones with added “smartness” created a storm of technological innovation over the past two decades. Likewise, emerging technologies such as augmented reality (AR) and virtual reality (VR) will pave the path for the next decade of technological innovation. And as the primary interface evolved from desktops to smartphones during the past phase, AR/VR will become the interface of the next one.

AR/VR devices such as headphones, helmets, smart glasses and eyewear will change the way humans look at the world in the near future. Augmented reality is one of the major innovative technologies in the modern era. It provides entertainment and information overlaid on the physical world. The global augmented reality market was valued at $2.39 billion in 2016 and is expected to reach $49.48 billion by 2022, a CAGR of 65.7%. As kids around the world (and more than a few adults) are aware, the location-based augmented reality game Pokémon Go went viral upon its launch in 2016. The enviable success of Pokémon Go will be a boost for the augmented reality software market. The market for AR apps, software, and platforms is expected to grow at a CAGR of 59.6% between 2016 and 2022. 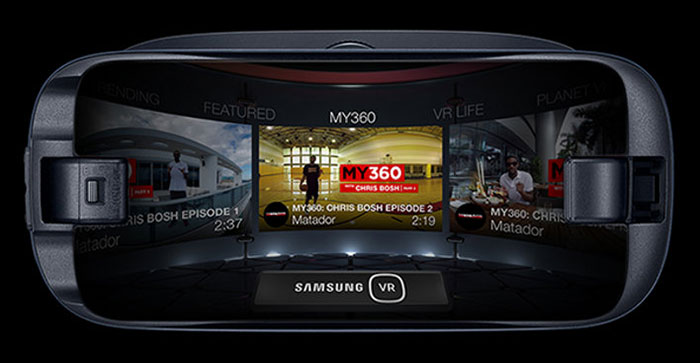 LOOKING GOOD The market for augmented and virtual reality products is set to soar.

The global virtual reality market was valued at $2.19 billion in 2016 and is expected to reach $33.9 billion by 2022, a CAGR of 57.8%. Virtual reality creates a virtual environment wherein the user can interact with objects similar to those in the real world.  The market for AR and VR is expected to witness high growth in industrial, e-commerce and marketing, e-learning, tourism and sightseeing, gaming, and sports and entertainment applications.

Major players in the overall augmented reality market are PTC, Google, Microsoft, Wikitude, DAQRI, and Blippar among others. PTC has been leading the augmented reality software market with its software solutions. PTC has focused on building an ecosystem of strategic partnerships and has witnessed high growth in subscription licensing for its software solutions. On the other hand, Google has come up with Google Lens, which can add context to images seen through a camera. Also, Google announced a new service, Visual Position Service (VPS), which offers information about a precise location indoors by inspecting specific visual cues. Google also has invested a hefty amount in one of the most important startups, the US-based Magic Leap.

Printed circuit boards (PCBs) are, of course, a core requirement of electronics. Augmented reality can be used in every phase of design, both at the board and system levels. Use of AR could help designers create a product in a realistic environment that emulates where the product would be used. This would also help designers assess obstacles and how to overcome them before the actual design is ready. Fully automated design systems could be implemented in place of manually driven processes for PCB design and layout. Use of an AR-based system would be helpful in training as well, for instance, to teach workers to inspect PCBs.

The applications of AR and VR are never-ending. Using AR and VR for every possible application will be a new trend. The AR/VR market will grow in an augmented way, and the reality will not be a virtual one. Keep watching.